"The Indian stand-up scene is maturing a lot, both in terms of audience and content creators. Earlier if someone cracked a joke on dowry, people wouldn't understand or get offended. But now people would appreciate the subtle humour. So even I have started to dab in it a bit. I think while we are a long way off from the international scene, here in India, we are catching up fast,"

A hilarious journalist by qualification, Gaurav Kapoor is a well-known stand-up comedian along with his witty and great sense of humour which led him to win people's heart. The original skill and the ultimate talent that Gaurav Kapoor brings to the show is something that is obvious as we see him rising up as the most popular artists amongst all age groups and especially youth. Since we feature a wide range of different artists from all around the world, you can rely on us to help you get to know how to Book Gaurav Kapoor for a concert, wedding or a show. 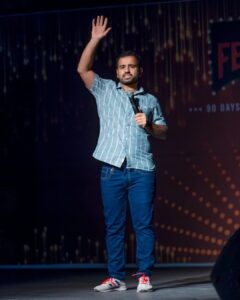 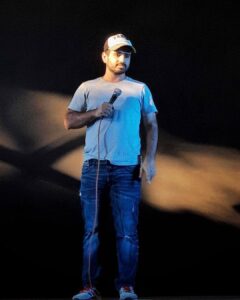 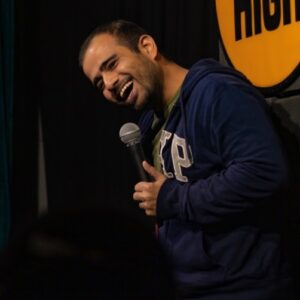 Book/Hire Gaurav Kapoor for your Events

Gaurav Kapoor is a sweet funny Delhi boy who does what he is expected to – hold a respectable job (he has one in retail) and make people laugh when needed (his secret profession). He was born on 30th November, and hails from Varanasi, UP. He completed his schooling from Sumermal Jain Public School, Janakpuri New Delhi. Later, he did his masters in Fashion management from the NIIFT (2011-2013). He got married to Shreya Sharma on 28th February 2017.

Gaurav is a normal actor who acts at comedy clubs across the country and has performed on the biggest of stages including opening for Vir Das and Russell Brand on his India tour. Since then, he has done various TV shows, released videos on YouTube and has also released a stand-up special, HahaKaar (IMDB Rating – 8.2), on Amazon Prime. He has almost more than 2 Million views on each of his YouTube videos and has a loyal fan base. His live shows are a mix of selective observational humour and anecdotes where he narrates stories from corporate offices, festivals, 90's era, food, travel and his marriage. The Stand-up comedian Gaurav Kapoor even talked about how the Indian comedy scene is finally getting more mature.