From the last decade, we have been seeing the emergence of stand-up comedy as one of the required after form of entertainment. A lot because of the stress & strain faced by everyone in today’s life, no surprise a dose of laughter is a wonderful way to calm down and get re-energized. We also have multi-talented female comedians who also come up with corporate backgrounds or associated creative fields like acting, writing or mimicry. Sumukhi Suresh is one of the immense female stand-up comedians. You can go ahead and Book Sumukhi Suresh from our list of female comedians in India who come with a great experience of doing corporate events. 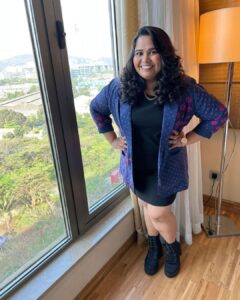 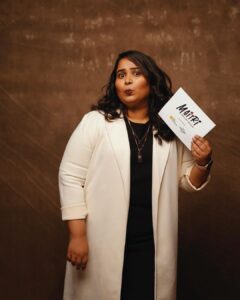 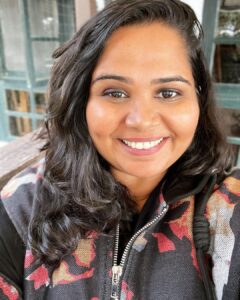 Sumukhi Suresh is a versatile female Indian actor, stand-up comedian, writer and director who is also a popular face for various web comedy sketches. She rose to fame with "Behti Naak", a YouTube series created by her. She also acted in the documentary web series "Better Life Foundation" created by Naveen Richard. She was born on 18th October 1987, Sunday in Nagpur Maharashtra. She belongs to the Tamil Brahman Family and has two brothers. She completed her graduation in Nutrition, Dietetics, and Food Science Management from M.O.P Vaishnav College for Women, Chennai. After that she moved to Bengaluru in 2009 and started working at Hippocampus, a Children's Library.

In 2012, she got hired as a Business Development manager at TUV Rheinland India Pvt Limited in Bengaluru. She also planned to work as a chef and was also employed at a food laboratory for a short time. Being a very talented and an all-rounder girl, she has tried her best for the suitable jobs to her personality.

In 2013, Sumukhi joined The Improv, which was an improvisational comedy show in Bengaluru, while working at the laboratory. Accompanying with "The Improv" team, Sumukhi performed in around 100 shows covering Bengaluru, Dubai, Mumbai, Hyderabad and Sweden. In 2015, she finally decided to quit her full-time job and to start her career in acting and stand-up comedy.

As a YouTuber, Sumukhi appeared in her first video named "Anu Aunty- Engineering Anthem" along with Varun Agrawal in December 2014. Next year in 2015, she got featured as the Maid Sketch with Sanjay Manaktala as the rowdy Parvati Bai. Sumukhi became famous for her act portraying the character of 'Sumukhi Chawla', an NGO employee, in India's first mockumentary-style YouTube series—Better Life Foundation. Sumukhi has great tuning, performing and acting in comedy shows with Naveen Richard, the writer of the show Better Life Foundation. She came with the new You tube series named "Behti Naak" in which she acted as a 10 year old girl Behati Naak loved by the audiences.

After being performed as a Lady standup comedian, she rose to heights in her property named "Disgust Me". According to an online article, Hindustan Times referred to Sumukhi Suresh as "India's Tina Fey". She has been a part of numerous stand-up comedy shows like Comicstaan(2018), Go Straight Take Left(2018), Comedy premier League and her solo special, Don't Tell Amma(2019).

In 2018, Sumukhi hosted the first season of Comicstaan, Prime video web series with the co- host comedian Abish Mathew. The second season was hosted by Uroof Ashfaq and judged by Sumukhi Sureh being the part of the jury. She is famous for writing and acting in many comedy sketches, starring in movies, and creating viral videos on YouTube. In her acting career, she has played the role of Lavanya, wife of Nagraj (Danish Sait) in a 2018 Kannada film named Humble Politician Nograj. During the tough time of 2020, she has performed her best in her funny yet twisted web series, "Pushpavalli (2020)". Eventually she created and starred in the once in a lifetime role in the acclaimed Amazon Prime Video show "Pushpavalli", season 1 and 2.

The hilarious stand-up comedian and actor turned entrepreneur by debuting a content platform called "Motormouth" which is especially told about the writers who are passionate about pitching stories for movies, web shows and more. BookmyartistIndia can help you to Hire Sumukhi Suresh one of the outstanding female comedians to lighten up your personal or corporate events.

With changes in time this type of entertainment has also become a very important part of corporate events as well. Be it employee town-halls, family day events, sales meets or channel partner events, we can find our stand-up comedians mesmerizing the audience accolades with their jokes and punch liners.