The stand-up comedy community has been created as a pool of professionals who understand the client brief and customizes and entertains the audience or guest from their acts to the event, especially when it comes to corporate shows. Gaurav Gupta is a professional comedian based out of the capital city of India, New Delhi. One of the reasons why we at BookmyartistIndia being the best in business is because we make the process of getting your favorite artists booked completely seamless. You can instant Book Gaurav Gupta to have funny vibes with his amazing hilariously stand-up routines and jokes. 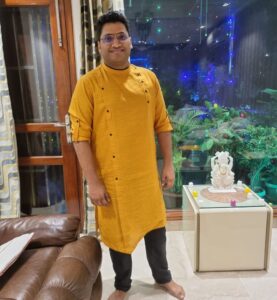 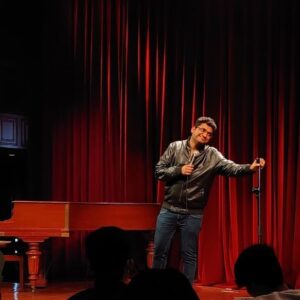 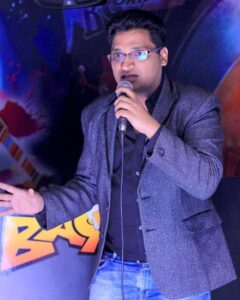 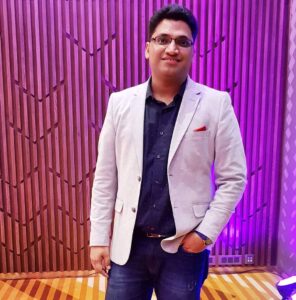 Gaurav was born on September 10, 1984 in Delhi. He is not just a dentist and a stand-up comedian, but an actor as well. People really love him for the comedy videos he makes as he is a dedicated observer of daily life and his comedy involves people and the funny encounters with them. His hilarious video 'Being Baniya' went viral on all social media platforms and audiences were laughing out like crazy. Gaurav has also won various open-mic competitions and has performed in several gigs.

His father's name is Mr. Sushil Gupta and his mother's name is Asha Gupta. He got married to Ankita Jhalami on February 17, 2012. This couple has a cute daughter Advika Gupta. He always expresses gratitude towards his family that they have been very supportive about his challenges in the laughter industry. He has done schooling from Andhra Education Society Sri Durga Bai Deshmukh Memorial School of New Delhi. He further pursued his studies in medical science from ITS Dental College in Ghaziabad. Gaurav is a bachelor of Dental surgery and has his own clinic in Delhi.

He is a recent WhatsApp viral sensation across India and abroad for his video being baniya with millions of hits on Facebook and YouTube. Gaurav has performed various corporate shows for many reputed corporate clients like Fitbit, Kotak Mahindra bank, MRF tyres, SBI, Valvoline oil, Mother dairy, UHG healthcare etc. Also he was among top 12 finalist of a TV show Great Indian laughter Challenge on star plus judged by Bollywood actor Akshay Kumar.

In his initiative, 'Doctors do Comedy' he is roping in doctors and medical students from different cities to try stand-up acts after a one-day workshop conducted by him. The doctor jokes are not different from the usual funny lines that we hear from stand-up comedians. His jokes are from the medical field and some on relationships and traffic. Also by opening up to more doctors, perception of the audience will also change that the doctors are not these boring, serious money-sucking guys. They are fun and one can have a good laugh with them".

With a busy clinical schedule, he couldn't continue theatre due to the three-month rehearsal period that's required. "I moved to stand-up because I don't need to rehearse with other people. It is just about me and how I plan my time; it is also easy since I can practice at home or even on a flight".

It was a surprise for him to find that most patients who came to him after watching his. Of late, the perception towards doctors among the public has totally changed due to various reasons. When patients see a fun-loving guy cracking jokes, they can relate to the treatment better. He does shows in every major city of India like Delhi, Mumbai, Gurgaon, and Kolkata and also does shows abroad. "Being Baniya" and "Baniya Wedding" are the most famous and viral famous videos of his stand-up that gave him a separate fan base.

Now come on, we are surely going to help you to roll into laughter with his hilarious and relatable comedy routines, so if you're looking for someone who can add the unforgettable feel to your wedding or event, it has got to be Our Baniya Gaurav Gupta. So no matter what the occasion might be, you can check Gaurav Gupta's availability so he can set the stage as well as your hearts in a state of trance.

You better get ready to have all your teeth out with his harmless combination of comedy and dentistry! Gupta is a professional stand-up comedian with his fantastic jokes on life which truly relatable. He has a huge fan following on social media and YouTube. You can now Hire Gaurav Gupta for Private Parties, Corporate Shows, and College Fest and in malls and clubs. He does a perfect joke delivering at the moments.