Indian stand-up comedians are some of the most inventive, artistic, relevant, and multi talented artists who have this great aptitude to connect with their audiences with their exceptional content while in chorus turning the room into a barrel of laughter. Ashish is a trendy standup comedian of All India Bakchod group. Apart from AIB, He is a columnist for The Hindustan Times newspaper. You can now Book Ashish Shakya for events, college fest, Wedding, Corporate event. Being of a very shy nature, he is also a writer and Comedian most well known as a contributor to the comedy news show The Week that wasn't with Cyrus Broacha. He is also acknowledged for his stand-up and his weekly column The Blunder Years in the Hindustan Times. 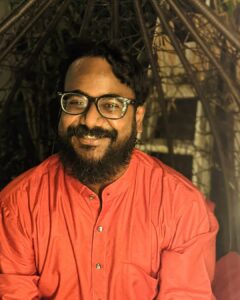 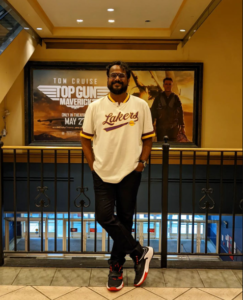 Ashish Shakya was born on March 29, 1985 in Mumbai (India). He is one of the famous and trending celebrity who is popular for being a Comedian. Ashish Shakya is a member of renowned Comedian list. His AIB knockout stand-up act was one of his most popular ones. Before venturing into comedy, he pursued his bachelor's in electronics and telecommunications engineering from the University of Mumbai.

He became a full time comedy writer in 2006; after discarding his freshly minted college. In an interview he mentioned that with much going on the career front, his social life is on the rocks. He admitted that he and his AIB mates had to sacrifice sleep as well as their social life. But his work kept going on to make people laugh and enjoy the sense of humour.

For him, all of India screams inspiration to him. India has many shades which are just waiting to be explored. This exploration is touched with a rush of comedy. His comedy revolves around Indian and international politics, pop culture, relationships and the general idiocy and idiosyncrasies of the world but with maturity and common sense.

Writing contents for Cyrus Broacha's show on News18 "The News That Wasn't", Ashish Shakya started his excursion. At that factor he proceeded onward to create segments for Hindustan Times and became a journalist for five years. Ashish before extensive moved his career with AIB and got one of the finest amassing of entertainers in India. Close by, Ashish's compositions are extraordinary and are appealing. From AIB, Ashish got the most division and ubiquity in the Indian Stand Up Comedy scene.

As part of AIB, he has been the main component of the collective's determined projects such as AIB Knockout (India's first ever comedy roast), AIB Diwas (a full day open-air comedy show), On Air with AIB (the satirical news show telecast on prime-time television and Hotstar), and AIB Presents Royal Turds (a Bollywood-themed spoof award show).

As a stand-up comedian, he has been performing hundreds of shows under his name across the country, he has brought the house down in venues across India, Singapore, Dubai, Australia and the UK, and is forever seeking his next big creative thrill. He has written contents for brands like the Filmfare Awards, ET Now, Hero Group and Aditya Birla Group. A successful stand-up performer, he has earned a recurring spot at the Comedy Store, now known as the Canvas Laugh Factory.

As a member of the comedy collective All India Bakchod, he has performed with the show founder's Gursumran Khamba and Tanmay Bhat. Stand-up followed soon after because the instant approval of strangers was amazing and also pants are optional. He also co-helmed two seasons of On Air with AIB, an acclaimed news comedy show telecast on primetime TV and Hotstar. His weekly humour column in The Hindustan Times also earned a dedicated following during its six-year-run.

BookmyartistIndia simplifies the whole process of stand-up comedians booking by listing stand-up comedians under various categories like clean comedy, emerging stars, YouTube artists, language wise, celebrity stand up artist, location wise selections etc. More importantly, we as a team understand your budget and give you the best negotiated industry rates with no convenience fees charged. You can just click away to Hire Ashish Shakya for events to thrill your employees or event attendees with a stand up artist performance.