Indian stand-up comedians have been ruling the entertainment industry for quite a long time now. It is obvious that Stand-up comedians' honesty, intelligence, simplicity, struggles, and truth are the secret to their comedy. BookmyartistIndia has the list of the most famous comedians with fascinating backgrounds. You can now Book Abijit Ganguly to have an enjoyable laughter ride. Adding to their expertise in making people laugh, they also come with an inspiring and interesting history.

A Bangalore born economics student, Abijit Ganguly started his Stand Up Journey way back in 2010 at an Open Mic session in Delhi. With immense love from his audience, he started performing at various pubs and corporate events. Comedy was just a side gig for him until 2014, after which he quit his corporate job to enter the world of Stand-Up Comedy and hasn't looked back ever since. His comedy ranges from episodes of his daily life, his married life with a little self-depreciation and political satire. With years of experience as a Stand-Up Comedian & a Youtuber, Ganguly has performed at over 500 shows. Being one of the very few bilingual performers, he tends to capture all kinds of audiences and knows how to keep them glued. 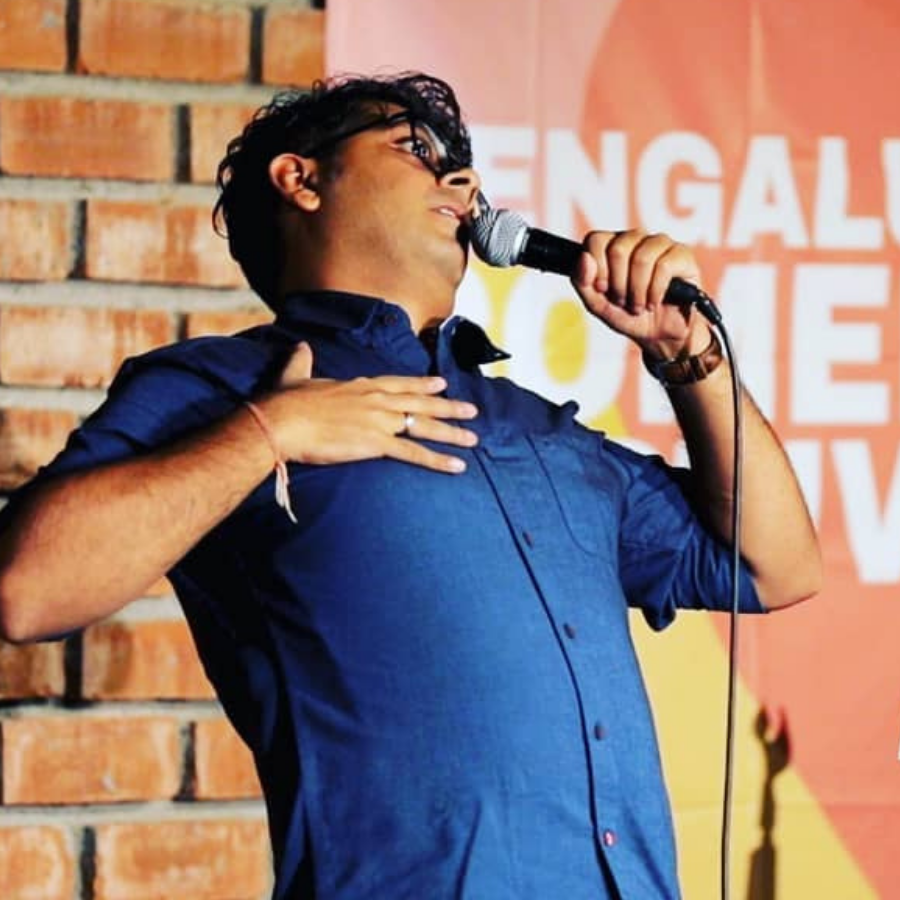 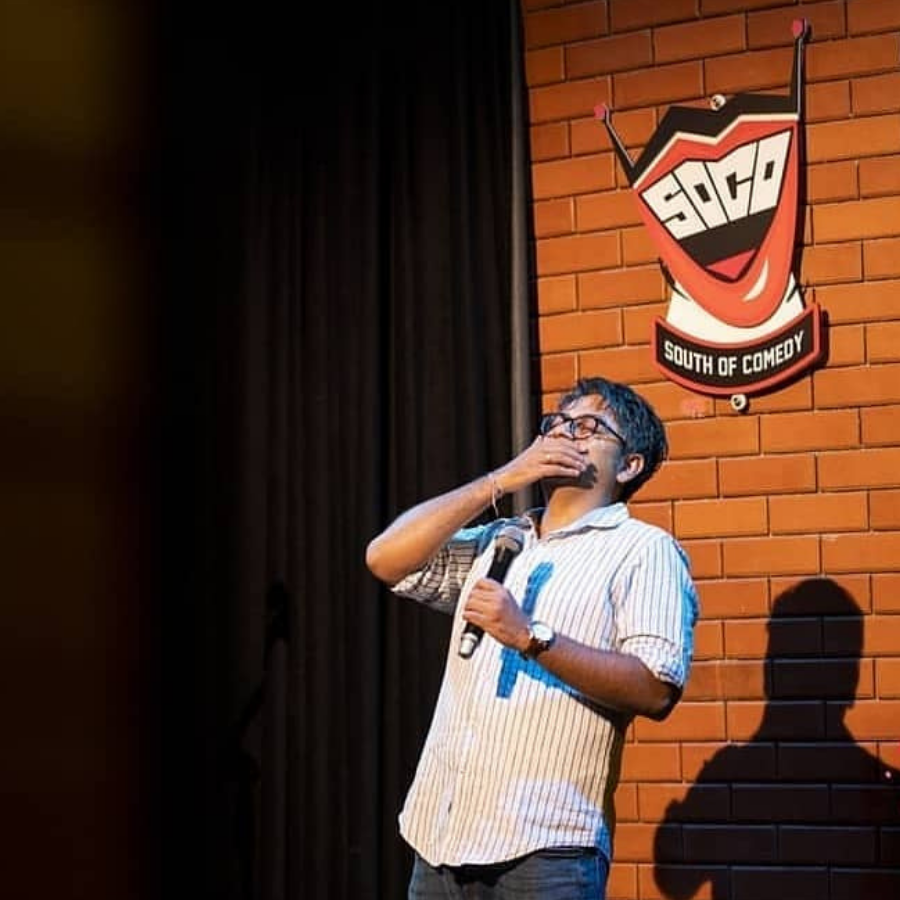 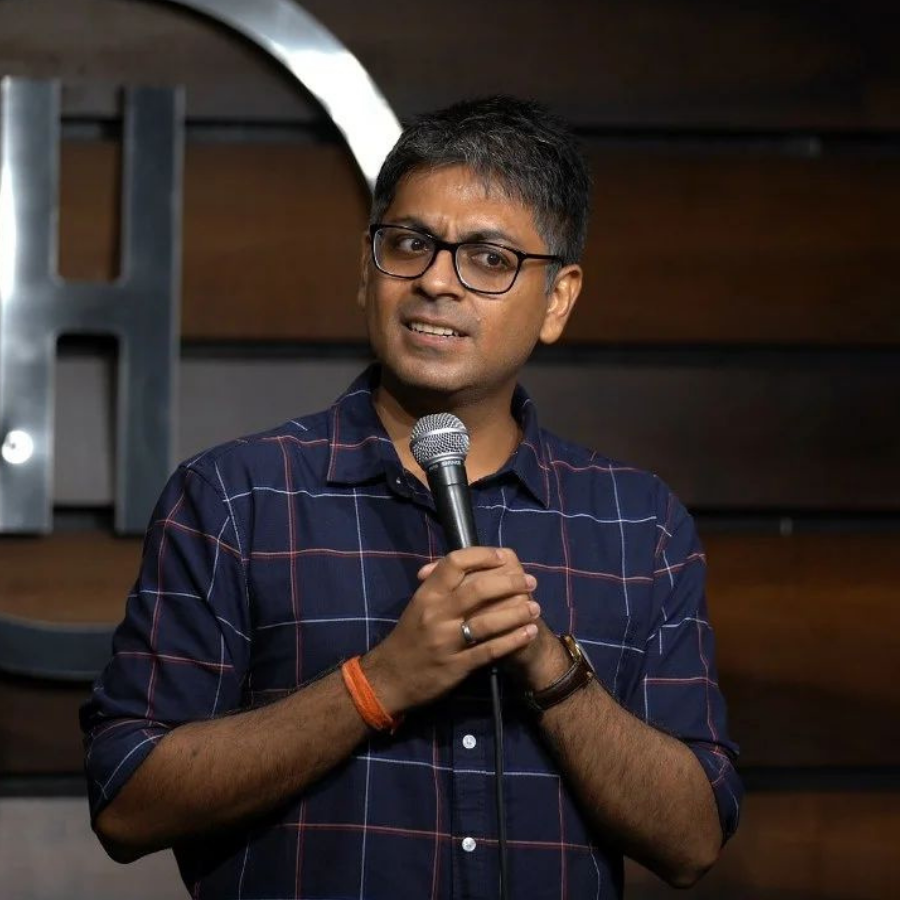 Hire Abijit Ganguly for your event

Abijit Ganguly got recognition for his standup sets that are inspired by the daily events of his life, his married life with occasional self depreciation and political satire. Abijit Ganguly has been a tremendous stand-up comedian, freelance writer and YouTuber for over eight years now.

Abijit Ganguly was born on 5th September in Bengaluru, India. He completed his schooling from Mother's international School and pursued his graduation from Delhi University in Business Economics. After that he got his Master degree in International Business from Delhi School of Economics(2012 -2012). He worked as Business Analyst in Deloitte after completing his masters. He is from a Bengali Family living in Delhi. His father's name is Mr. Rama Prasad Ganguly and mother's name is Mrs. Shefali Ganguly. He has an elder brother named Aidityo Ganguly.

Abijit Ganguly got married to Ms Nidhi Shah on 15th February 2016 who is an artist.

Abijit Ganguly experienced his debut shot at comedy in 2010 at an open mic in Delhi organized by the comedy collective Cheese Monkey Mafia. He soon started getting offers for standup comedy shows in some pub and bar gigs, smaller corporate shows and college shows. For 4 years, he was a part-time comedian, finishing his Masters from Delhi School of Economics (2010-2012), and working at Deloitte Consulting (2012-2014).

In 2014, Abijit became a full time comedian. He started getting featured quite frequently on NDTV prime, Zoom and media publications, such as Times of India, Hindustan Times, Statesman, Hindu, etc and was a frequent face at the Canvas Comedy Club branches of Mumbai, Delhi and Gurgaon & That Comedy Club Bangalore.

Abijit is also a devoted content creator, who is presently writing 2 web series, 2 feature films and multiple branded content ideas. He is not only someone who can be part of a campaign or a comical show, but also someone who can take it from a seed to the final product all in himself. Abijit Ganguly put some accusations on Kapil Sharma on Plagiarism by saying that he used some of his jokes in the particular episode.

Abijit presented the Iconic Achievers Award for "Most Promising Standup Comedian of The Year in 2019". He has done many sketches for his channel as well. During the tough time of Pandemic Covid-19; he also hosted online sessions of stand-ups via ZOOM Video calls for the entertainment of people staying at home. He als began a series on his YouTube channel where he invited his family and friends through video conferencing and asked them random questions named the series as "The Kaafi Random Quiz".

Using his sense of humor and wittiness, he takes a dig at himself while cracking the audience up in riotous laughter. When it comes to booking /hiring these noted comedian artists, you can Hire Abijit Ganguly via team BookmyartistIndia passionate team. We have working relations with over 500 talented artists of India and assure you best-suited artist suggestions for your event with booking at great prices.