Book This Artist
Jugni Band is a Sufi Rock Band from New Delhi that makes use of Hindi and Urdu lyrics delivering an amalgamation of ideas that they wish to express through their music. The word Jugni means the spirit or ​essence of life​ and the Jugni Band strives to provide their audience the essence of life with a ​blend of Sufi ​and Rock music. Formed in 2014, when Romeo, Rockstaa, and Music Mama reunited with their passion for creating soulful music. Since then they have done over 1000 shows worldwide. 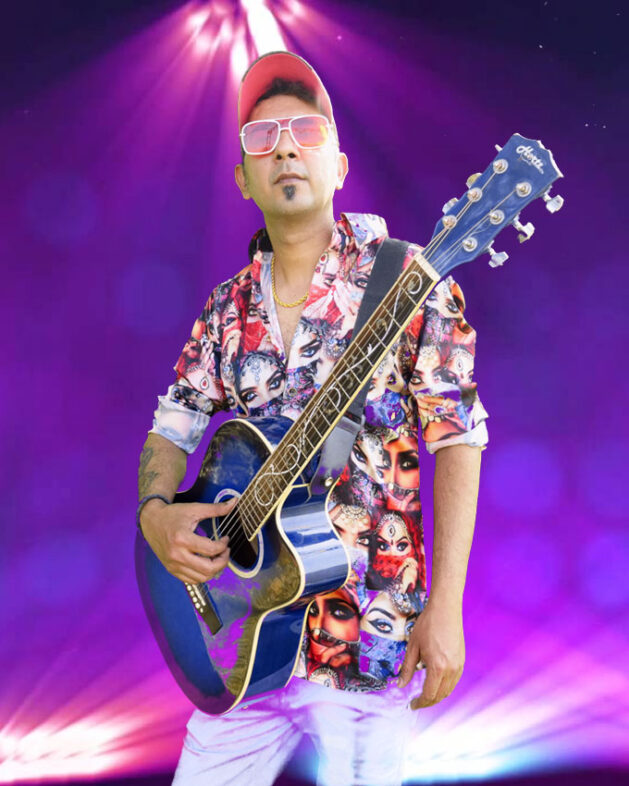 Formed in 2014, when Romeo, Rockstaa, and Music Mama reunited with their passion for creating soulful music. Since then they have done over 1000 shows worldwide.

Romeo the lead vocalist of the Jugni Band, his voice touches the soul of the people and makes them feel enchanted. He started his musical journey at the age of 12 with the instrument called Congo. After his encounter with Congo, he then got curious to see and play different musical instruments. He later got a chance to play Drums, which he tried to learn on his own, and started participating in musical competitions along with the Rock Bands of Delhi. Romeo was also privileged enough to play guitar for the famous Sufi artists, Wadali Brothers who were his inspiration towards Sufi Music. Apart from being the lead singer of the band, Romeo was also a part of the Reality TV Show known as the Saregamapa in the year 2016. When he went for the audition of Saregamapa, he had a severe headache due to the cloth which he tied on his forehead. The audience of the Saregamapa loved his attire and then Romeo kept wearing that cloth on his forehead as his signature piece of clothing. Late Wajid Ji gave Romeo a compliment on his look, which was, “You look like a Romeo/Ranjha(Indian Romeo) when you wear that cloth on your forehead”. Since then he realized the value of that name and kept his stage name, Romeo.

Rockstaa the lead guitarist of the Jugni Band, apart from being a guitarist he is also a music producer and a rapper who adds a Bollywood touch to the band. Since his childhood, he used to sing every song which was being played on the Radio, whether it may be English or Hindi he loved singing each and every song alongside the Radio. He had his first interaction with the guitar when he was 10 years old which made him more curious to explore the field of music. At the age of 14, he started his journey of learning all the chords of the guitar. When he turned 15, he went on stage to perform for the very first time and since then he never looked back. Rocksaa’s main forte has always been the English Rock, which reflects in his style of playing on stage. Many people after watching his performance along with his friends started calling him Rockstar. After that, he decided to go for Rockstaa as his official stage name.

Music Mama the bassist of the Jugni Band, apart from being all musical he is also a video producer who adds a magical touch to all the videos of the Jugni Band. Since he was a kid, Music Mamma always wanted to be in the field of music, after a lot of struggles and efforts he bought his first guitar from saving his pocket money, which at that time was his greatest achievement. After buying his first guitar, he put his heart and soul into learning to play all the chords. He started his musical career by playing guitar in the Devotional Gigs. Later he met a guy who approached him to play in an orchestra, where he used to play classic old Hindi songs. After all, this hustle, he came to Delhi and got an opportunity of teaching as a music teacher in a school. Music Mama never took this off his hook and started out with his own band with some talented artists. Alongside the band, he worked on some amazing freelancing projects and artists. But he felt something was missing, he wanted to create music with people who had the same passion and vision as his. He then joined the Jugni band where he met Romeo & Rockstaa who shared the same passion for music as his.